When you think of Melbourne landmarks that are recognisable throughout Australia and across the world, the MCG quickly comes to mind. This sports stadium, formally known as the Melbourne Cricket Ground but commonly referred to as the MCG or simply ‘the G’, hosts sporting events such as cricket and AFL games. As well as being one of Australia’s biggest sports grounds, the MCG is also a popular site for concerts, charity events, and many more festivities.

The History Of The MCG

The MCG sprang from humble beginnings— a field of grass known as Police Paddock. Once the Melbourne Cricket Club established the former paddock as their home ground after several relocations, the ‘Cricket Ground Melbourne’ (now known as the MCG) was founded in 1853.

From there, the first Members Pavilion was built in 1854. This first Members Pavilion had approximately 60 seats and was later replaced by a more substantial structure in 1881. The MCG has seen 18 Members Pavilions and grandstands over the years, each one holding more seats than the last as the sports ground grew in popularity. It has been the home of cricket and Australian football, also known as AFL or the Australian Football League, since 1859.

There’s certainly no shortage of history when it comes to sporting events that have been held at the MCG, either. Arguably the most well-known around the world was the 1956 Olympic Games, but that’s just the beginning of its list. As well as host of the first-ever Test cricket match, the MCG has held the 1992 World Cup final, the 2006 Commonwealth Games, and an incredible number of AFL games and cricket matches.

In the MCG’s 160+ year history it’s grown from a paddock, to a replacement cricket ground site, to one of Australia’s most iconic landmarks. It now has 95,000 seats and can hold up to 100,024 people at its highest capacity. It is the home ground of AFL teams Richmond, Collingwood, Hawthorn, and Melbourne, and hosts the AFL grand final and the Boxing Day Test Match each year.

Where To Find The MCG

The MCG is easily accessible from wherever you are in Melbourne. Located on Brunton Avenue in Richmond, it’s just around 1km from the CBD. If you’re coming from the city it’s a walkable distance, but there is also plenty of public transport available as well.

There are two train stations nearby— Jolimont Station (also known as the MCG station) and Richmond Station. You can also get there by tram (no. 75, no. 48, and no. 70), bus (route 246), taxi, or by driving yourself. If you choose to walk, there are pedestrian bridges that provide easy access from a number of different directions. 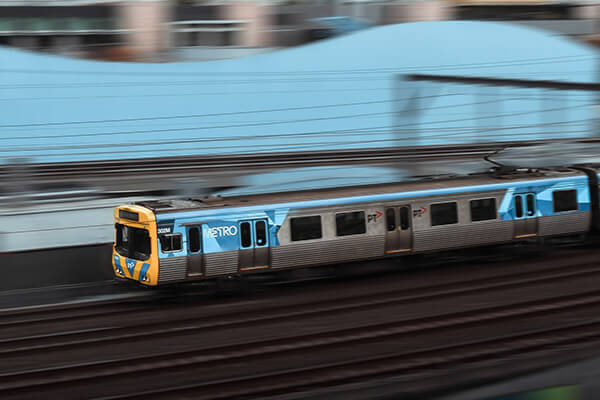 What To Do At The MCG

While the main thing people tend to do at the MCG is catch a live game of sport, that’s far from the only thing going on at The G! 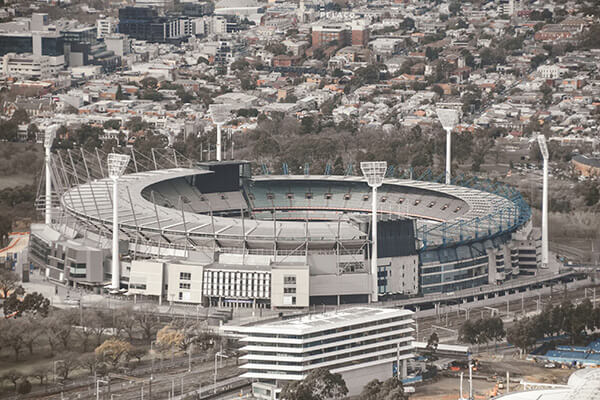 The Australian Sports Museum is a museum unlike any other. As well as giving visitors all the information on anything and everything Australian sports, it boasts interactive displays and exhibits, and invites you to put your own skills to the test! You’ll also find life-size 3D holograms of sporting greats such as Bachar Houli and Tayla Harris, touchscreens, and climbable objects, so you can have fun as you learn.

The Australian Sports Museum is open seven days a week from 10 am to 5 pm, and tickets are $30 for an adult ticket, $24 for concession card holders, and $75 for a family of two adults and two children. 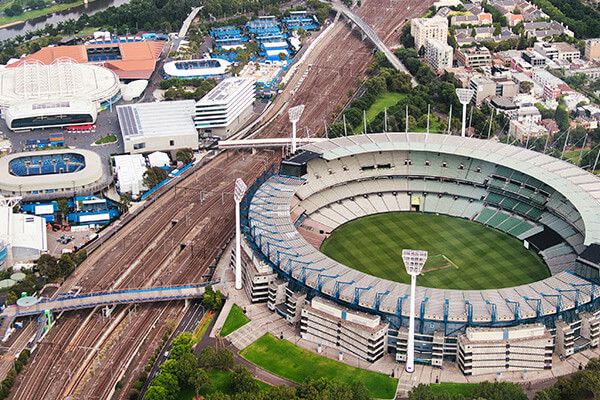 If you want to walk in the footsteps of Australia’s sporting legends, an MCG tour is the way to do it. Tours of the MCG allow you to explore the inner sanctum of the grounds, walk on the arena, and go behind the scenes, all while learning about the MCG’s history and impact. During the tour, you’ll see highlights including the famous MCG Long Room, the MCG library, the MCG tapestry, and player change rooms, as well as observe Melbourne’s stunning skyline from level 4 of the Ponsford Stand.

The tours run for 60 minutes and depart every 30 minutes. Tickets must be pre-booked and run at the same prices as the Australian Sports Museum, however, you can purchase combined tickets to see both for $40 for an adult ticket, $30 for concession card holders, and $95 for a family of two adults and two children. 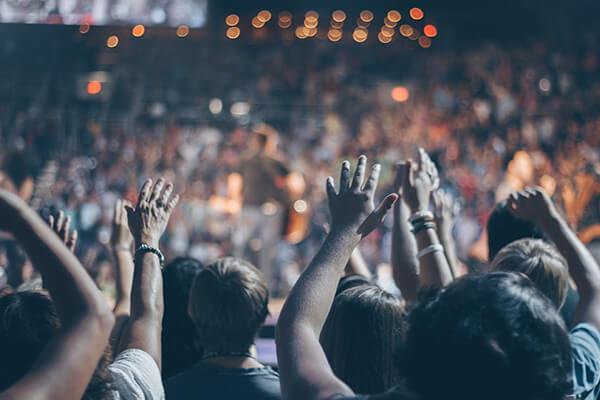 The MCG is also known for hosting well-known Australian and worldwide concert tours and one off shows. Acts that have performed at the MCG include the likes of David Bowie, Paul McCartney, The Rolling Stones, Michael Jackson, and Elton John— just to name a few! 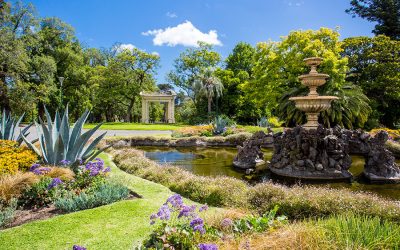 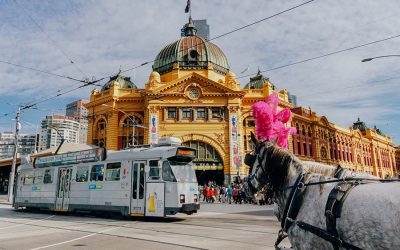 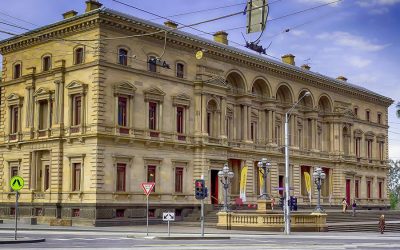